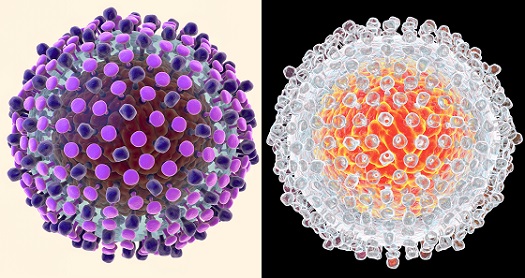 The most common extrahepatic endocrine and metabolic disorders diagnosed in patients with hepatitis C virus (HCV) are type 2 diabetes mellitus and thyroid dysfunction. Although the relationship between HCV and thyroid disorders is still be studied, HCV remains the only infectious agent entirely linked with autoimmune thyroiditis.

Rasha Eletreby, MD, a physician and researcher in the Department of Hepatology and Endemic Medicine at Cairo University in Egypt, led a retrospective study to evaluate the prevalence of thyroid dysfunction among patients with HCV.

A secondary aim of the study was to determine the potential impact of thyroid dysfunction on sustained virologic response (SVR) following treatment with direct-acting antivirals (DAAs).

The study included 13,402 patients with HCV genotype IV who were registered to receive HCV therapy through treatment centers affiliated with the National Committee for Control of Viral Hepatitis (NCCVH) through the Ministry of Health in Egypt, from January 2015 to October 2016.

All patients received DAA-based regimens. At the beginning of the study, some patients were still receiving interferon (IFN) therapy. However, IFNs were eliminated from treatment regimens once newer DAAs came to the market in Egypt. Demographic and clinical data were collected for all patients.

Notably fewer patients (466, 3.5%) had low TSH levels, and the only variables associated were male sex and higher age. SVR was not found to be associated with baseline TSH levels.

A small cohort of patients (n= 236), for which follow-up TSH data was available, was analyzed to identify changes in TSH following SVR. Although the group was too small to draw any firm conclusions, all patients with elevated TSH prior to antiviral treatment experienced improvement in thyroid function following treatment.

Eletreby and colleagues noted that the biggest limitation of the study was a lack of follow-up TSH levels at end of treatment. This was likely due to the fact that treatment with DAAs, unlike IFNs, is not associated with inducing thyroid dysfunction, meaning such levels are not routinely measured in clinical practice.

Researchers concluded that hypothyroidism is prevalent in patients with chronic HCV GT4 — a factor heavily influenced by patients’ gender and age.

“We can also conclude that TSH level is not a predictor of response in the setting of direct acting antivirals,” researchers wrote. “On the other hand, SVR achievement after DAAs appears to improve thyroid dysfunction.”

Micropapillary Thyroid Cancer Treated with RFA: Use of CNB to Assess Completion of Ablation.