Are You Diagnosed with Thyroid Cancer? Take a Second Opinion

Are You Diagnosed with Thyroid Cancer? Take a Second Opinion 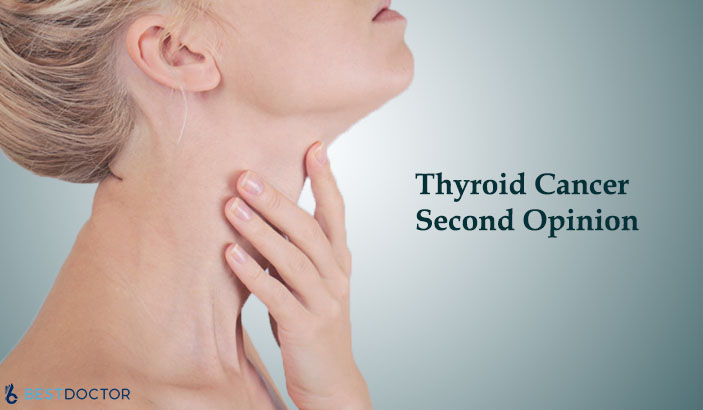 One of the fastest growing cancer diagnoses in the United States, thyroid cancer threw up 63,000 new cases in 2015. Of late, researchers have been exploring the reason for the rise in new cases of thyroid cancer. Could it be due to over diagnosis, misdiagnosis or increased screening? If you are diagnosed with thyroid cancer, what should you do next?

Why is there an increase in thyroid cancer? Researchers have attacked the fact that there is really a rise in the number of thyroid cancer patients in the US and other countries like Korea. Patients were being unnecessarily screened ostensibly to detect thyroid cancer, but each of them had but a small thyroid tumor that would perhaps hardly ever grow or spread.

These screenings were, therefore unnecessary, as was reported in a paper in the New England Journal of Medicine. The report followed the number of diagnoses that grew after screening for thyroid cancer became popular. However, what came of it were small tumour that were the least aggressive form of this cancer.

Another fallacy is that thyroid cancer is best treated surgically, during which all or part of the gland is removed. The follow-up of this is radioactive iodine. However, thyroid surgery has its own risks such as potential damage of the voice box and the parathyroid glands that manage the body’s calcium levels.

A case in point is of a patient who was put through a fine needle biopsy of a nodule in her neck that the pathologist categorized thought could be malignant, something not proven if cancer is detected. Her endocrinologist suggested removing the thyroid.

For a second opinion, the biopsy tissue was sent to an experienced pathologist or a renowned hospital. The team at this hospital diagnosed that the nodule was absolutely benign, thereby negating the need for thyroid surgery and undergoing its pain, risks, and inconveniences. Apart from this, the lady was also spared of the anxiety of being diagnosed with cancer and being under observation for the rest of her life and being on medication for thyroid hormone replacement.

Other reasons for a second opinion:

Studies from large medical centers show that an average error rate of 2.7% leads to misreading and misinterpreting samples by doctors. Even if this is a low rate, yet for the patient receiving the news of being a cancer patient can lead to serious medical problems and less than perfect results.

How accurate a pathology, diagnosis depends on the professional’s experience and training. Besides, thyroid cancer isn’t as common as any other member of the cancer family–it’s barely one percent of the total malignancies.

If your primary doctor does not do a thorough check for thyroid or not as thoroughly as you would want, tell him so. You would warrant such medical attention, particularly if you have a family history of thyroid disease. Further, if you have questions for your doctor which he doesn’t answer directly, it’s time you reviewed his behavior with you and considered taking a online medical consultation.

Your doctor is too busy to bother about your symptoms:

You’ve just told your doctor about all the symptoms you experience. But your doctor doesn’t give much attention to your condition, believing it’s not life-endangering. And, since the thyroid system controls both physical and mental bodily functioning, your symptoms would be vast and unrelated to each other. This makes the doctor skeptical and he may diagnose your problem as depression instead of low thyroid.

Your doctor’s diagnosis is not definitive:

Diagnosing an uncommon medical problem can be tricky. This task is made more difficult by diseases that have common symptoms, so the doctor can make an error of judgment when trying to make a definitive diagnosis.

There isn’t just one correct treatment:

There are several medical conditions for which there are many correct treatment options. Why should you go in for surgery when there may be other treatment options you can explore? At such times, a second opinion can reorient your thinking about the most appropriate kind of treatment for your individual situation.

Seek a second or even a third opinion if your doctor doesn’t interpret your lab reports.

Your doctor doesn’t get back to you:

Ask for a second opinion if your doctor doesn’t bother to return your phone calls.

Your doctor believes your symptoms are due to stress:

If your doctor wishes away your symptoms saying it’s all imaginary, or stress-related or due to PMS or menopause, you need to see another doctor who’s more focused on your medical problem called thyroid cancer.

You’ve been on treatment for years without relief:

If you’ve been on your doctor’s treatment for years without relief, you need a change of treatment. And, particularly so if your doctor wants you to continue as before.

What’s after a ,medial second opinion? Let your doctor know that you’re willing to try the suggestions of the second opinion at least temporarily. If it doesn’t give results, you’ll get back to the first line of treatment as before.

Also, inform your doctor that you will take full responsibility for any negative fallout in experimenting with the suggestions of the second opinion. Once you and your doctor are on the same page, trying out another line of treatment shouldn’t pose a problem. If all goes well, you may well be on the road to recovery soon.